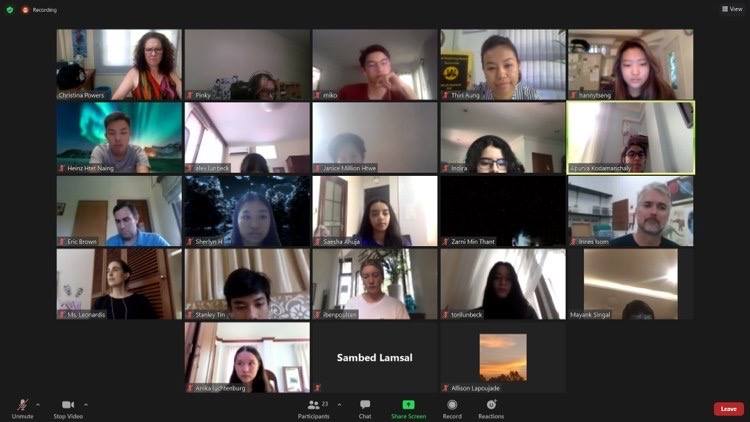 This is a question 9th and 10th graders have been exploring this quarter. The last 3 Wednesdays, groups of students have met up to exchange ideas for their Change Campaign, which they presented on the 21st of October. 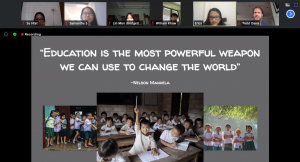 The Change Campaign is a project where students explore an issue of global significance and raise awareness about it, as well as pitch ideas for potential solutions.

Students chose topics that they were passionate about, then researched them in more depth. Through this research, they gained knowledge about the effect of the issue on either a global or local scale, as well as found statistics highlighting its severity. Students then worked on a presentation outlining methods to tackle the issue.

This Wednesday, teachers, students, and specially invited guests attended Zoom meetings to learn about the different issues explored by the Change Campaign. Students shared the presentations they created from an extended period of research and hard work in various creative forms. All the groups’ outcomes exceeded expectations and provided solutions for progress in our modern world.

To get a more in-depth understanding of individual projects within the Change Campaign, Global asked five groups to share information about their specific projects, starting with what their change campaign is and why they chose the topics that they did. Rose (G10), whose campaign involves trash in Yangon alleyways, said “we chose to raise awareness about this topic since it is a big problem in Yangon that goes quite unrecognized.” Other campaigns focusing on environmental issues in Myanmar include Ada’s (G10) project on air pollution and Prisca’s (G10) project on reducing trash in the Ayeyarwaddy River. These issues were chosen due to the large and detrimental impact that they have on people as well as the environment. There are also campaigns focusing on issues aside from the environmental ones, such as Cindy’s (G9) campaign on the discrimination against the LGBTQ+ community and Alli’s (G10) campaign on helping stray dogs in Yangon by spaying them.

The Change Campaign required a lot of hard work, and over the 2-3 weeks that the students were working on this project, they faced many challenges that they had to overcome. For some groups, the most difficult part of the campaign was coming up with a plan to tackle each of their particular issues. However, for other students, the first step of finding a topic that they wanted to talk about was harder. The fact that this project took place virtually was another difficulty to overcome for some students such as Prisca and her group. She said, “Some difficulties we had as a team while doing the change campaign were… in communication [since] it is harder to work together as a group and split up tasks virtually.”

Many students agreed that the Change Campaign is personally valuable. Specifically in Myanmar, “not many people care about the surroundings and the community,” so movements like this are necessary to bring light to important social and environmental issues. Other students liked the freedom they were given with the project, as students were “given time to work on and present a topic that they want to rather than being assigned.” They further enjoyed that they were “given the responsibility for their own learning.”

Several students still believed in the importance of such issues, but were quite discouraged by the direction of the project. They expressed disappointment in some parts of the subject: “I didn’t like the idea of creating a pitch as I felt like it wasn’t effective in teaching me much.” Instead, they stated they would rather research the issue and see what they, as young adults and individuals, could directly do to help issues. Some students also relayed to the reporters of Global that they personally prefer learning regular school content, as they are responsible, well-informed students who already keep themselves updated of such issues through social media.

All in all, the students expressed wishes to put their campaign plans into effect in the future. One of the leaders cited partnering up with Bokashi or Doh Eain to create a plan together on tackling city trash, while another leader plans to directly tackle LGBT issues by researching more scientific and sociological studies and eradicate misconceptions.

Overall, this Wednesday, weeks of hard work were celebrated as the 9th and 10th graders shared their campaigns on methods to tackle significant global issues as part of the change campaign. These talented groups of students have all produced work that shows the compassion in ISY students and our dedication to becoming global citizens that leave a positive impact on our community.

Here are a few pictures of the Zoom! 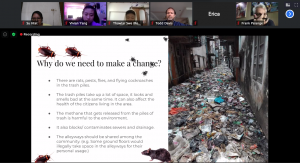 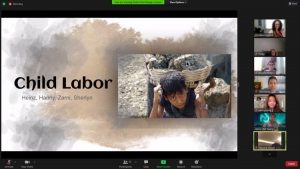 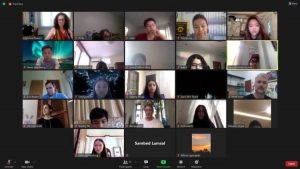 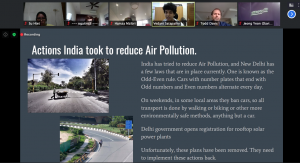