The elementary school has been deeply involved in service learning this school year. Last week, Global interviewed two of the elementary student-centered service learning groups: “Compassionate Chinthes” and “Compassion and Kindness.” They meet every Thursday and Friday weekly. As suggested by the groups’ names, the students’ work is centered around the idea of compassion and how it can bring positive change in our community. 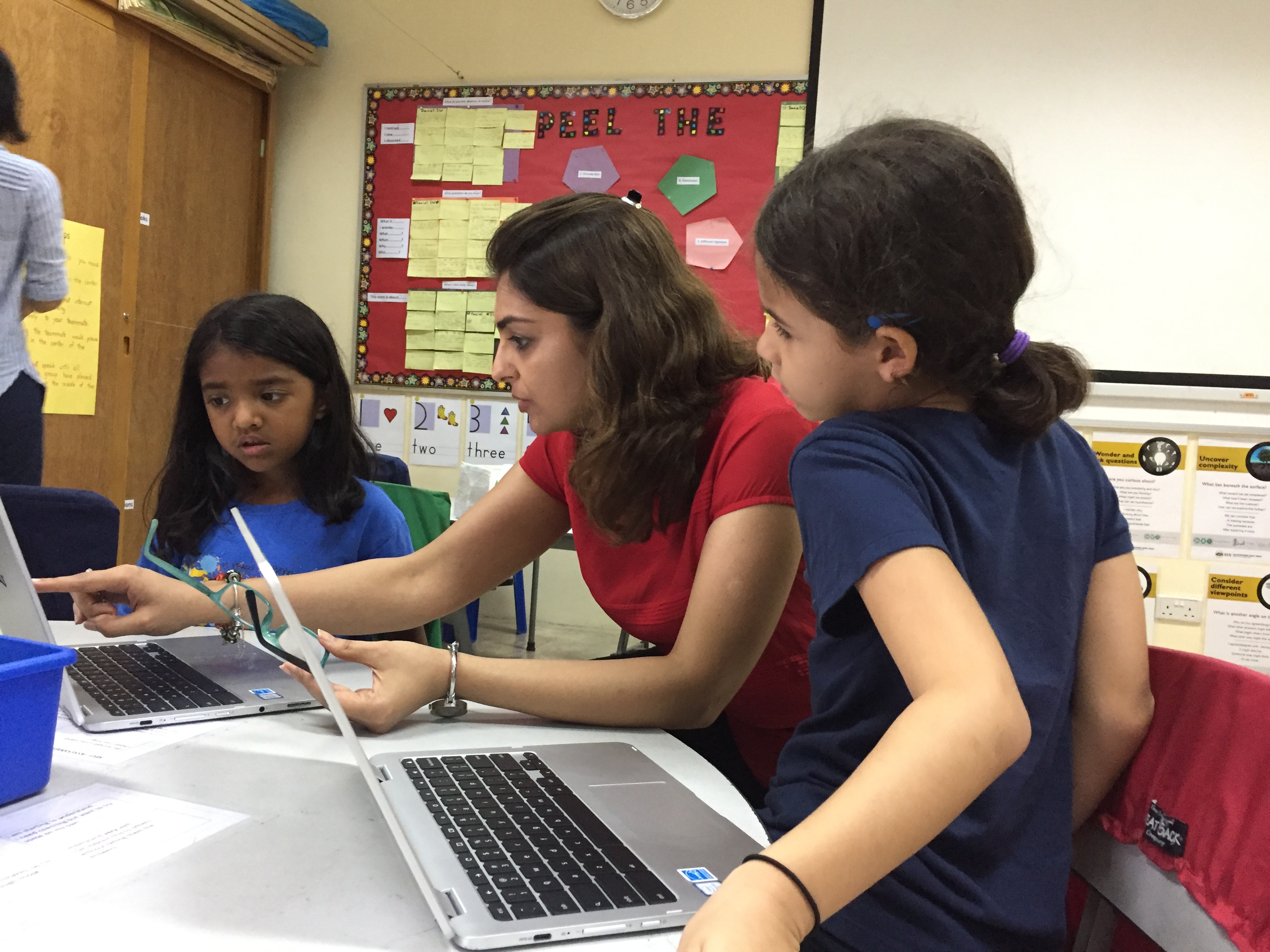 Students are working on their reflections after their visit to the orphanage.
―Photographed by Global.

Compassionate Chinthes, an ES service learning group comprised of second graders, went to an orphanage to well prepared with activities to share with the children, and in return learned traditional Burmese ones. During their trip, they made slime, played football, and taught them how to play UNO. The students learned “to teach people and learn from them at the same time” and to “think about how lucky they were” which made the entire visit a reciprocal learning experience where the students learned from each other, which is our main focus,” according to Ms. Neekita, the supervisor of “Compassionate Chinthes”.

The activities that were carried out were based on the research and planning done preceding the visit, undertaking the first step “investigation” and the second step “planning” of the service learning cycle. The first step was interviewing U Aung Ko, the head of the orphanage, who visited ISY for an interview with the students. “We interviewed him to know more about the monastic school where we would be going and they created a card for him and questions to ask him,” added Ms. Neetika. The students “organized the entire activity because this entire group is student-centered and revolves around what they learn from such excursions.”

The students mentioned the rewarding experience that comes from the whole process of service learning. “I learned how to teach people as well as learning from them,” one of the members commented, adding that she learned to be “nice to each other even though they [the monastic children] are different from us.” 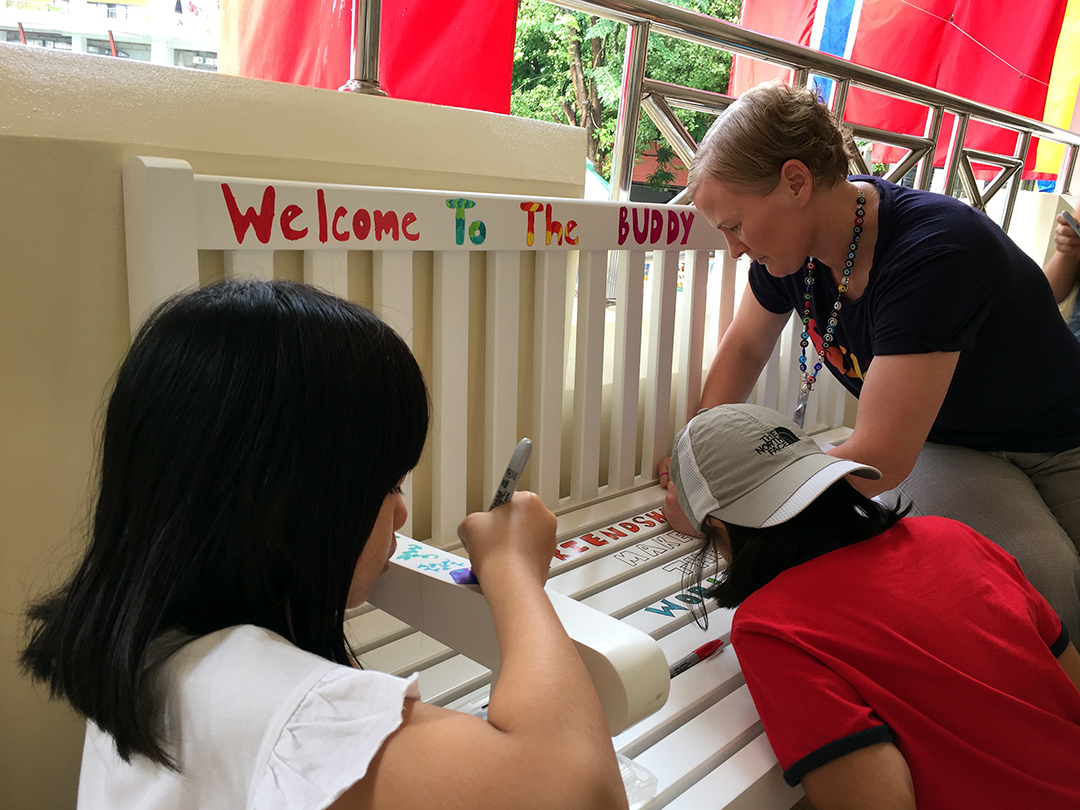 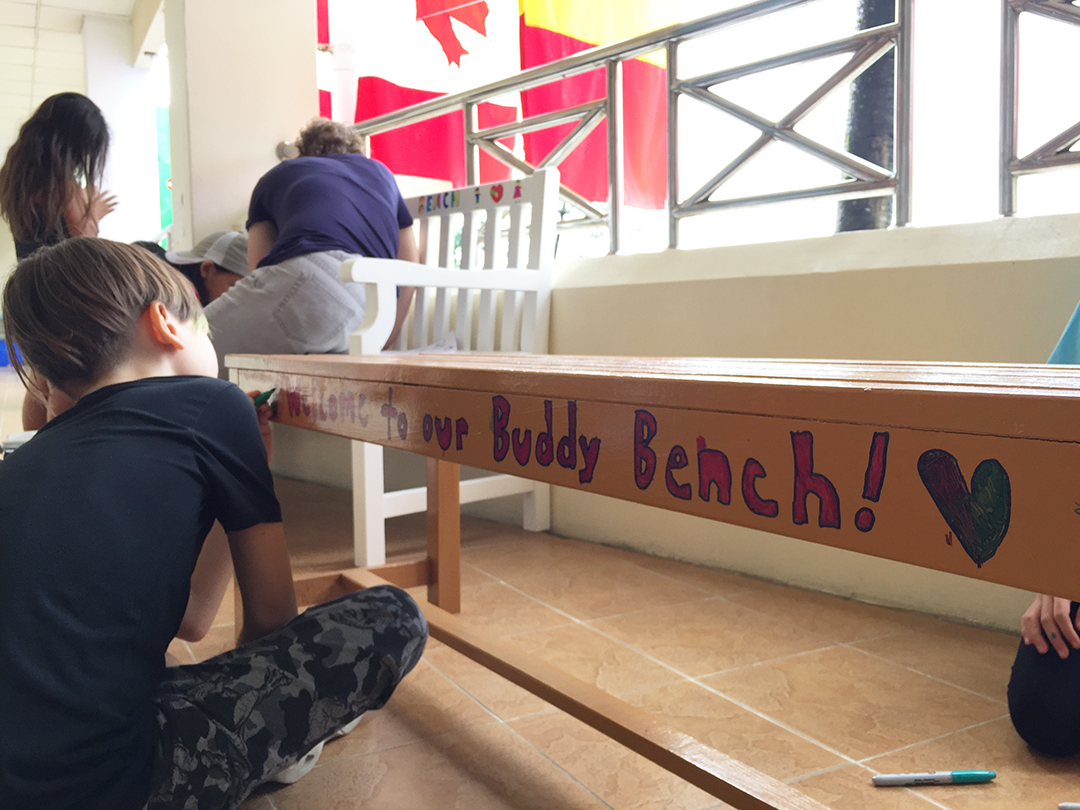 Meanwhile, the elementary service learning group “Compassion and Kindness” is working on their Buddy Bench project which aims to promote making friends, especially for those who are new to ISY. A member of this group was asked about how this idea was initiated, and she responded with “In my old school, the Buddy Bench was very successful, and I remember when I came here in August, I thought about how this project could take place here too.”

The group has been drafting their ideas on how to decorate the benches for quite a while now, and when Global went to interview them last week, the designs were finally being drawn on the benches. The benches have not officially been placed around the school yet, and ideas on where they should go are currently being discussed in the group. Ms. Charlie, the group supervisor, noted that “a video will be made to advertise the Buddy Benches to the elementary school” in the upcoming weeks.

“If you’re lonely, you can come sit on the bench and someone will come along and make you feel less lonely,” another member described, expressing hopes that “when people sit here, they do make friends.” Global looks forward to the implementation of these Buddy Benches in the very near future as it enforces the positive message of the importance of friendships around school.